We are taking a look at Amazon’s Fire TV Stick and reviewing how well it can work for you. Amazon has since launched a new version of its thumb drive-sized streaming stick, called the Amazon Fire TV Stick 4K, it’s capable of 4K HDR playback, and boasts a number of new specs and features, including an 802.11ac Wi-Fi chip and a 1.7GHz quad-core processor.

However, the regular old Amazon Fire TV Stick that came before it is still a solid streaming device if you’re not too fussed about 4K UHD resolution, or your TV doesn’t support it.

The biggest difference between this older model of the stick and the newer model, is that the latter boasts 4K streaming capabilities. However, Amazon doesn’t hold buying a budget streamer against you, providing you with brilliant value for money whether you’re streaming in 4K or regular HD.

The Fire TV Stick has a fantastic voice search interface that we’ve found both snappy and speedy. The voice feature allows users to access most of the apps that we’d all need on a regular basis. Just throw in the platform’s rich search library, through Amazon Video, and you have all the ingredients for a capable streaming sticks that’s got the basics sorted.

If you’ve used an Amazon Fire TV Stick in the past, then design-wise this latest version will be very familiar.

You might find that Amazon’s hardware is a little wider than your standard HDMI cable. But luckily, in the likely event that it’s too bulky to plug directly into the HDMI port, Amazon also includes a short male-to-female HDMI cable to help it fit.

On the side of the stick is a micro USB port for powering the device. If you’ve got a newer TV, then there’s a good chance it’ll have a USB port on the back for powering gadgets. But again, if not Amazon also handily includes a power adaptor in the box, and the supplied USB cable should be more than long enough to reach a power supply.

You also have the option of using the Fire TV remote on a smart device, which has the benefit of offering an on-screen keyboard that’s much faster than using the remote to type.

There’s no doubt that the Amazon Fire TV Stick is one super speedy device. Scrolling through menus is delightfully quick, and once you find something you want to watch it loads almost instantly (although that does also depend on the speed of your internet connection).

The Amazon Fire TV Stick’s user interface is laid out in a straightforward way that’s bound to make sense for those who haven’t even used a streaming device before. Recently accessed shows and apps can be found on the home screen, or you can scroll up and across to find different content and apps.

The Amazon Fire TV Stick’s interface is quick and snappy. It’s intuitively laid out, and finding most content is quick and easy. And it’s that interface that makes it one of our top (if not the top) affordable streaming devices around.

Once you get to your content it streams without any complaints or buffering. And playback is smooth and looks good.

The voice search functionality is quick and accurate when searching for Amazon or Netflix content, and it’s also a speedy way of hopping between apps. Most major streaming services are supported, but it’s definitely one for the die-hard Amazon fans. 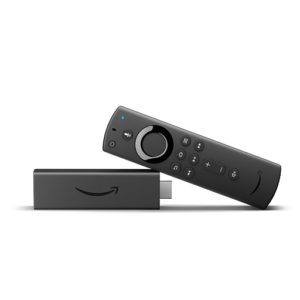 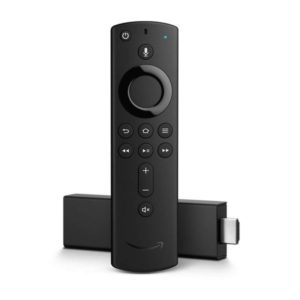 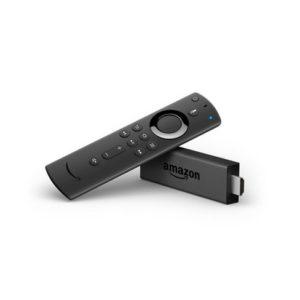